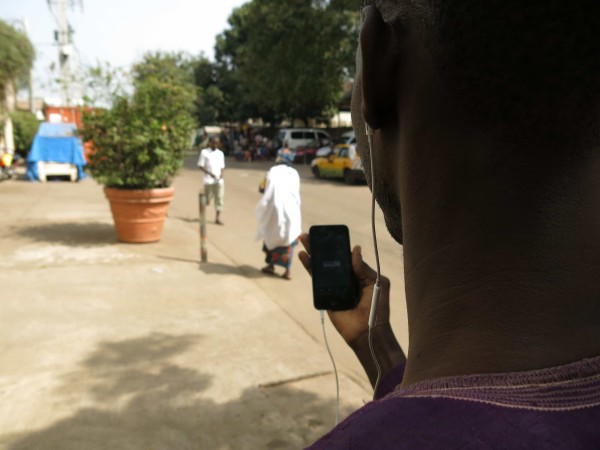 The network of independent radios of Guinea URTELGUI and the Italian media content company VITA will work as of Monday (26 January 2015) with the Antwerp Institute of Tropical Medicine (ITM) on an Ebola sensibilisation action. The action across radio stations in Guinea, one of the three worst affected countries by the current Ebola epidemic, is funded by the European Union.

Since the Ebola outbreak in West Africa was officially declared on 22 March 2014 in Guinea, it has claimed more than 8,600 lives in the region. The outbreak is the largest ever, and is mainly affecting three countries in West Africa: Guinea, Liberia and Sierra Leone. Efforts were quickly stepped up to guarantee adequate facilities to isolate and diagnose patients, safe burials, contact tracing, as well as alert and surveillance.

Amidst the crisis, however, equally important aspects of the Ebola response, such as awareness-raising and community acceptance, have struggled to keep the pace of clinical and public health measures. URTELGUI (Union des radios et télévisions libres de Guinée), VITA and ITM Antwerp, in close collaboration with Médecins Sans Frontières, will now join forces to reach out to the population via the radio waves. Radio plays a pivotal role in Guinea, where 66% is analphabetic and many have limited access to other news sources.

The collaboration will result in synergy radio programmes across 18 radio stations, 10 of which based in Conakry and 8 rural radios from other areas affected by Ebola. The programmes will be aired in French and in 6 national languages: Susu, Malinke, Pular, Kissi, Toma and Guerzé.

“Spreading and discussing reliable information on air in French and in local languages is an important means to involve the population in Ebola response efforts. The people of Guinea need to feel and become active part of the solution to the crisis,” said ITM’s Head of Communications Roeland Scholtalbers from Conakry.

“VITA has always been in the front line when it comes to raising awareness on the Ebola crisis. Today we are proud to support the efforts to counter the outbreak in Guinea,” said Joshua Massarenti, Head of VITA’s Brussels Office.

“Since the beginning of the fight against the disease, the Union des radiodiffusions et télévisions libres de Guinée -URTELGUI has organized a series of synergies with its 42 member stations. For URTELGUI, to participate in the response against Ebola represents a civic duty,” said URTELGUI President Boubacar Yacine Diallo.

URTELGUI and VITA facilitate a preparatory workshop on Monday 26 January for the journalists who take part in the project. The first programme airs on 18 radio stations on Thursday 29 January.

The action takes place in the context of the European Union funded Ebola-Tx project, led by ITM, with the objective to evaluate whether treatment with antibodies in the blood of Ebola survivors could help infected patients to fight off the disease. ITM scientists first discovered the Ebola virus in 1976. ITM is one of the world’s leading institutes for training, research and assistance in tropical medicine and health care in developing countries.

Information for civilians and health care professionals in Belgium